RubyConf 2011 Registration Open (But For How Long?)

Quick, quick, RubyConf 2011 registration has opened today and until they run out, you can buy tickets at this link. (They cost $350.) (Update July 15 – they seem to have sold out!) Why the urgency? RubyConf is notorious for selling out quickly (I think RubyConf 2009 sold out in 5 hours or something crazy?) and there are still tickets left now, 9 hours later.

RubyConf is taking place between September 29 – October 1, 2011 and it’s in New Orleans, Louisiana, as last year, at the Astor Crowne Plaza Hotel in the French Quarter.

The schedule has also been posted and its highlights include sessions like:

RubyMine by JetBrains – A Powerful Ruby and Rails IDE

RubyMine is a cross-platform Ruby and Rails IDE that works with and contains a full stack of essential developer tools, all tightly integrated into a convenient and smart development environment. Read More 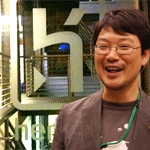 For Heroku’s part, they’ve placed themselves squarely at the forefront of the Ruby industry with the recruitment of its friendly figurehead and benevolent dictator – usually Google or academia snap up the top language creators. Read More

Why Rubyists Should Care About Messaging (A High Level Intro)

Messaging in the context of application architecture (grandly referred to as message oriented middleware on Wikipedia) is similar to messaging in the real world. If you want to ask your colleague to do something, you’ll send him a message of some sort. And if your app needs to ask another app to do something it can do the same, send a message to another app or process to run a command or send an e-mail, for example.

Note: This is a guest post by Jakub Stastny, a member of the RabbitMQ team. Further info can be found at the footer of this post. Read More

I hang out in #nwrug on Freenode, the IRC channel of a Ruby user group here in the UK, and floated the idea of doing a PostgreSQL (a.k.a. Postgres) installation tutorial for Ruby Inside. Coincidentally, it turned out 37signals sysadmin Will Jessop was already working on one so, I present.. Setting up PostgreSQL for Ruby on Rails development on OS X by Will Jessop :-)

Will’s post is a walkthrough of the process from sitting at an empty terminal prompt through to having a barebones Rails 3 app running on a Postgres powered database. It’s entirely Mac OS X focused, so don’t expect to enjoy it too much if you’re on Linux or Windows! Read More

How To Get That Edge Ruby Faster-Loading-Hotness in Ruby 1.9.2 Now

A few days ago I told the story of ruby-head (MRI) getting 36% faster loading, perfect for tackling those file-heavy Rails 3 apps. Awesome for Ruby 1.9.3 but not so good for us now, right? Todd Fisher to the rescue! He’s created a patch backporting the performance tweak to Ruby 1.9.2-p180.

As the current production version of Ruby, a boost for Ruby 1.9.2-p180 should benefit most of you so I knew I had to share Todd’s work as soon as I’d given it a test run. Read More

Xavier Shay is an Australian Rubyist who shares an issue with most of us: slow loading Rails 3 apps on Ruby 1.9.2! Unlike most of us, he put together a solution for ruby-head (what I’m calling 1.9.3 but isn’t technically*) that, in my own tests, slashed 37% off the boot time of my Rails 3.0 app. He shared his work just a week ago. Awesome! But some other developments have occurred since..

* Just because things are in ruby-head doesn’t mean they’ll definitely make it into Ruby 1.9.3. Pragmatically, though, ruby-head seems to have attracted the ‘Ruby 1.9.3′ moniker and it makes for a better headline. Read More

The topic of ‘hiring’ always generates a lot of discussion. And why not? Talking about hiring is a convenient way to pass judgment on large groups of people while keeping a professional, detached demeanor.. Ouch! But the topic has enough technical basis to warrant the interest of experienced developers, so here we are.

This post is for those who handle the technical evaluation necessary to hire candidates, especially in the Ruby and Rails scenes, although the overall strategies are language-agnostic (though I’d hope if you’re hiring folks to work on missiles and nuclear power plants, all bets are off).

This is a guest post by Tim Goh of Trikeapps, an Australian software development company. Read More

You’ve given Rubinius a spin, right? And contributed code to the project? If you didn’t already know, Rubinius is an ‘alternative’ Ruby-sorta-written-in-Ruby implementation that’s production ready and has been going from strength to strength recently (I post about it quite a bit). And whatever your answers to those questions, the Rubinius team are kicking things up a notch by bribing you to get involved!

The Rubinius team has announced the “Rubinius Rewards” program. The good part is that they have lots of “general availability” stickers and t-shirts available for anyone who wants to write in and claim one. Read More

Ruby Inside wouldn’t be what it is without you, eager reader, but it’s time for us to thank the companies who help to keep Ruby Inside going by kindly sponsoring our work. Thanks to all of you! We take care not to accept sponsors who have little of interest to the Ruby scene so hopefully you’ll find out something useful from the below :-)

Jumpstart Lab, headed by Jeff Casimir, is a training company specializing in Ruby on Rails. Their classes are usually two days long and while their prescheduled classes tend to be in Washington DC, where they’re based, they’ll travel anywhere if you have (or can find) at least six attendees. Read More

Just over 3 years ago in May 2008, I wrote about New Relic for the first time. Since then they’ve grown rapidly and dominate the Ruby and Rails application monitoring scene with their RPM service. Today, they’ve made some major tweaks..

Yo Ho Ho and a Bottle of RUM (Real User Monitoring)

New Relic’s CEO Lew Cirne (whose name is an anagram of New Relic – geddit?) invited me onto a call to tell me about a new feature that they call “Real User Monitoring” (a.k.a. RUM). Essentially it’s a significant expansion to the things that the New Relic system tracks. Read More

Ruby on Rails’ creator David Heinemeier Hansson is currently at RailsConf 2011 along with hundreds of other Ruby and Rails developers. In a first for RailsConf, there’s a live stream of some of the event which is was embedded below so you could watch DHH’s keynote.

DHH’s keynote starts started at around 9.15am Eastern on May 17, 2011 and while I had a embedded live stream here, I’ve now replaced it with the final archive video from YouTube:

If you can’t see the video above, you’re in a feed reader/similar that doesn’t support embedded streams and you’ll need to click through to Ruby Inside to view it. Read More

I haven’t posted in a long time. Oops. But I have good (and soon to be exciting) reasons! Anyway, it all kicks off again right here with the announcement of a new Ruby podcast I’ve become involved in – it’s called Ruby Rogues.

Ruby Rogues is a new Ruby podcast chaired by Charles Max Wood (of Teach Me To Code fame) and featuring David Brady (Tourbus), James Edward Gray II (Ruby Quiz), Aaron “tenderlove” Patterson (of Nokogiri, Ruby core and Rails core fame), and me. It’s recorded each Thursday (though there’s only one episode so far) and, over time, the line up will probably vary a bit due to our various conflicting schedules. Read More

How to Play with Rails 3.1, CoffeeScript and All That Jazz Right Now

Maybe I’m weird (actually, there’s no maybe about it) but when I first heard about Rails 3.1 getting CoffeeScript and Sass out of the box, I wanted to see how it worked and how smooth the process would be. So like quite a few people on IRC I’ve seen, I installed edge Rails (currently 3.1.0-beta) and got playing. (Yes, it’s PRE-RELEASE. Expect mischief!)

I hit a couple of stumbling blocks on my way so I thought I’d explain what I found to be the smoothest way through to getting to play with the new Rails 3.1 goodies. I’ll only take you as far as making some changes and seeing the results, though – you’re on your own from there! Read More

Guess what? Yep, the forthcoming Rails 3.1 is going to be bringing in a few new friends as dependencies: CoffeeScript, jQuery, and Sass. What does this mean? Why has this been controversial? I’m going to quickly run through the details here.

It was back in March (2011) when David Heinemeier Hansson, creator of Rails, dropped an interesting nugget of info on Twitter:

A lot of Rails applications lean on JavaScript to provide client-side and AJAX functionality. Till now, the Prototype library had been included in Rails by default as a way to make various things easier to achieve across different browsers, but jQuery has become significantly more popular over the last few years. Read More