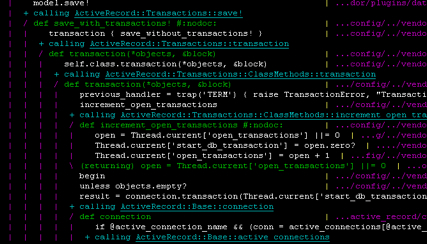 Ruby Unroller is an exciting tool developed by Tyler Rick that generates human readable execution traces of running Ruby scripts. It can display the code currently being executed by a script in real-time, as it's actually executed. This makes it a great tool for getting familiar with, say, the darkest depths of Rails, or for debugging troublesome scripts that rely on external Ruby libraries.