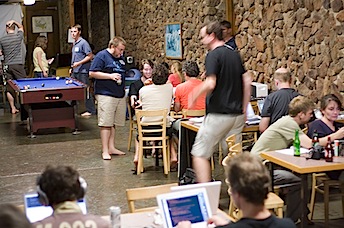 RailsCamp is an informal Rails camp (literally, you’re in bunk style accommodation) in Australia for Rails coders. The first two events have been popular and so a third has been announced, running between June 20th and June 23rd at Camp Kariong, about 1 hour north of Sydney, NSW. 38 people can be accommodated in bunks but there's plenty of room for people to camp outdoors with their own equipment or to sleep on the floor. Sounds like a lot of good, cheap fun. Trust those fun-loving Aussies to get it right! 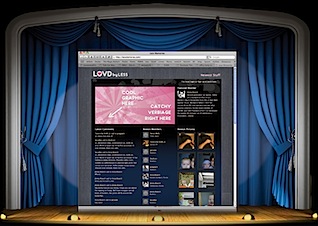 Lovd By Less is an intriguing, and pretty good looking, new open source social networking system developed using Ruby on Rails. It supports most of the basic feature you'll already be used to on social networking sites, such as photo galleries, profiles, user following / friending, messaging, user blogs, and Flickr and YouTube integration. All of this checks in at an amazing 3,601 lines of code, including tests!

Cells is a new project that brings the benefits of "component-oriented development" to Ruby on Rails. On the surface, it offers the same benefits that the old "components" section of Rails did, but Cells supposedly doesn't suffer from the same performance problems. For those who missed out on components, they effectively let you develop sets of controllers and views that aren't directly coupled to a single application, meaning they can be shared.

Mike Pence has written an overview of Cells in this blog post, where Alex Kane referred to them as "partials on steroids."

Fliqz is a provider of "plug and play video solutions." Effectively they provide the backend infrastructure for hosting and playing videos, a kind of white-label YouTube, if you will. Libin Pan has put together a tutorial that demonstrates how to use Fliqz from Ruby / Rails using the Fliqz4R Rails plugin.