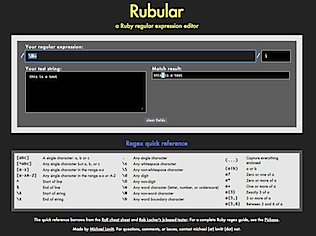 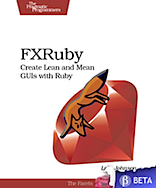 Harmon Vinson reports that a new book is available in beta form from the Pragmatic Programmers, namely "FXRuby: Create Lean and Mean GUIs with Ruby." As you can expect, the book covers how to create GUI applications using Ruby and the cross-platform FOX widgets library using FXRuby. The only downside is that FOX, so far, has no native support for OS X's default Aqua window manager, but will work through X11. 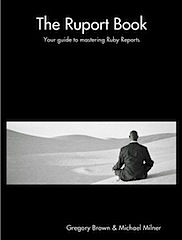 The Ruport Book, "Your Guide to mastering Ruby Reports", is now available to buy in both PDF and print form. The book covers the use of the popular Ruport Ruby Reports library and is by Gregory Brown and Michael Milner. If you're already using the Ruport library, this is a must buy.

Aaron Bedra takes a look at how you can get Rails to encrypt the cookies that go between your application and its users.

Michael Klishin writes in with news that Oleg Andreev has come up with a smart way to radically increase the performance of Rails' routing code.

Johan Sørensen wanted everyone to know about his new open-source Gitorious project, which provides free Git repository hosting. As many Rails coders have switched from Subversion to Git recently, this deserves a mention on Ruby Inside. It is also worth giving Github, a similar site by Tom Preston-Werner and Chris Wanstrath, a mention although it is not accepting signups just yet.