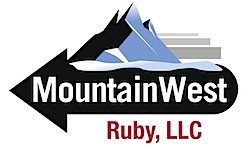 MountainWest RubyConf 2008 is coming! This year it's on March 28-29 and based at the main library in Salt Lake City, Utah, USA. It runs for two full days and costs just $100. You get lunch on both days and from what I've heard, an awful lot of North American Rubyists are going to be there. Highlights include Ezra Zygmuntowicz and Evan Phoenix speaking about Rubinius and Merb, Yehuda Katz talking about DataMapper, and Jeremy McAnally taking a "deep" look at Ruby's more esoteric features. The full speaker list is available. Pat Eyler has also been interviewing some of the people who will be at the conference. Check out his interview with Christian Sepulveda, and those with Jeremy McAnally, Josh Susser, and Patrick Farley.

Beware that MountainWest RubyConf conflicts with Euruko 2008's schedule of March 29-30, although considering they're several thousand miles apart, I suspect few people will be torn between which to attend.

It's going to get a post of its own soon enough, but I wanted to give you a warning of a really amazing sounding Ruby conference that's going to be taking place later in the year (July 18-20, specifically!) It's called RubyFringe and it's being organized by the guys at Unspace in Toronto, Canada. Pete Forde of Unspace has a few things to say about it. It's basically going to be limited to 150 attendees, have no corporate sponsors, and be focused solely on a ton of Ruby geeks having a great time, giving amazing presentations, and getting away from all the nasty "dry" conference feel. Early bird registration commences February 18 (next Monday) and I'll be trying my best to post here on Ruby Inside as soon as it opens (no promises though!), so that you can fight for those hallowed places.

Registrations for the European Ruby conference, Euruko 2008, taking place in Prague on March 29 - 30, are still open and attendees are pouring in. This looks like it could shape up to be the best European Ruby conference yet! Make sure to get in while you can, especially since the flights start getting more expensive as we get closer to the time. You can also register to give a talk, with a deadline for that of March 9. I hope to see some of you British Rubyists there!