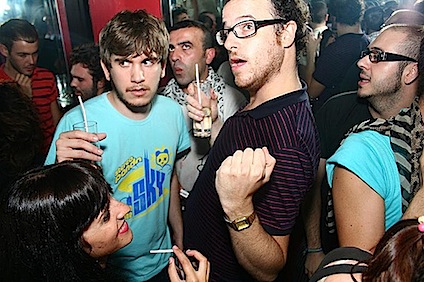 Andrea O. K. Wright writes in with news about Philly Emerging Tech, a Philadelphia based conference taking place in March. Ruby-related attendees and presentations at the conference include Peter Armstrong (Rails on AIR: Best Practices for using Flex 3 and Adobe AIR with Ruby on Rails 2), Giles Bowkett (Code Generation: The Safety Scissors of Metaprogramming), David Chelimsky (Integration Testing with RSpec's Story Runner), Obie Fernandez, Joe O'Brien (Be Careful, Your Java is Showing), and Chris Wanstrath (The Launch: Bringing a Rails Site to Life). Yehuda Katz will also be speaking about jQuery. Registration is $175.

Euruko 2008 has been mentioned a couple of times here at Ruby Inside already, but news has come through that Matz, creator of Ruby, will be attending the event this March in Prague, Czech Republic. Over 100 people are now signed up to attend, with a potential total in the 150 - 180 range, so if you've been sitting on the fence, drop by and sign up. It only costs €20 ($30) so you can't go wrong. Ruby Inside will also be in attendance!

The RubyFringe conference didn't quite sell out in two days, as I foolishly predicted, but all of the earlybird tickets are now gone and things are shaping up for a great event. There are now somewhere between 1 and 75 tickets left. To whet the appetite of attendees and potential attendees alike, the Unspace guys have posted up a proposed schedule of events (partay!) as well as a list of "perks" that RubyFringe attendance offers in comparison to RailsConf (think: inclusive alcohol, inclusive local transportation, parties, and meals.)

I'm not going to make the same mistake twice and predict the remaining tickets will sell within a few days, but it's looking to be a sellout within weeks at this point, so start thinking about it if you're interested at least.