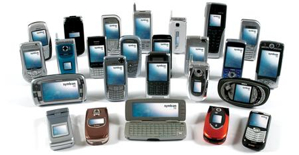 While there have been attempts at porting Ruby to the Symbian (mobile devices) platform before, Symbian have now released an official build of Ruby for Symbian OS (S60 to be precise). This brings Ruby to a vast universe of cellphones. Symbian are providing the project with libraries for rendering, messaging, and persistence on their platforms.