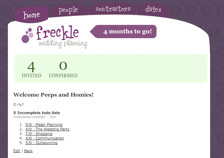 The winners of the Rails Day have been announced. For those who haven't heard about it before, Rails Day is an annual contest in which hundreds of developers take 24 hours to develop an application.

Evan Weaver has put together a great run-through of the different winners along with what each one is and how it looks.