Review of “The Ruby Way” by Hal Fulton 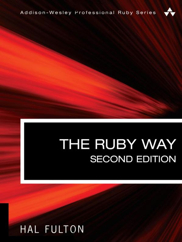 In 2001 Hal Fulton released The Ruby Way, only the second English language Ruby book available. Since then Ruby has become popular in the West and with the help of Ruby on Rails has achieved significant critical success. With a significant number of enhancements and changes to the Ruby language and ecosystem of libraries and developers, Fulton decided a second edition was in order. That second edition of The Ruby Way, as published by Addison-Wesley, is now available.

Read the rest of my review over at InfoQ.