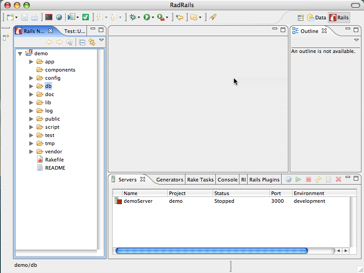 The latest version of RadRails, the Ruby on Rails IDE, 0.7.1, has been released for Windows, OS X and Linux. Some fixes to the reliability of starting and stopping servers from the IDE have been made, and some refactoring has taken place. The "Terminal" view has been replaced by a Console view which all generators, rake tasks, plugins, and other scripts outputting to stdout will use. A configuration preferences pane has also been added, making it faster to start new projects.