E-TextEditor: A Windows TextMate? (Or “Why Apple Should Buy TextMate”) 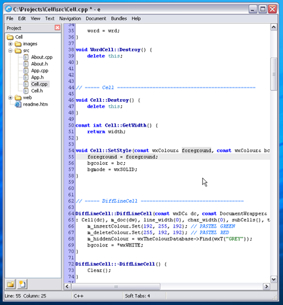 Over at the O'Reilly Ruby Blog, Jim Alateras laments the recent stalling of development on RadRails, but suggests an alternative solution: E-TextEditor, a "TextMate" alternative for Windows. The initial reports I've read about it are that it's rather good, and after watching the screencast I'd say it looks to be a pretty good editor and I'd give it a try if if used Windows. If you're a Windows user, give it a look.

Now for the editorial bit..

I don't know Allan Odgaard, the developer of TextMate, at all, but I'm a happy user of the editor, despite not understanding almost any of the advanced features. I can't speak on his behalf, so just take the following as editorial waffle, but I think Apple should buy TextMate and release it for free or at low cost (as currently). If Allan isn't interested in selling it, then fine, but if he is, it could be a big win for both him and Apple.

So why? 1) The E-TextEditor homepage mentions TextMate six times. 2) A few people have converted TextMate's snippets to operate in other editors. 3) There's even a 200 page book about TextMate on the market. 4) If you've been floating around the various freenode Ruby and Rails related channels in the past couple of years, you'll have undoubtedly seen at least several Windows or Linux users drop by raving about TextMate and lamenting their inability to buy a Mac. Yet.. they've ended up actually buying a MacBook (or similar) after several months, and continue to rave about TextMate (Jamie van Dyke is one example that sticks in my mind).

These points all demonstrate that TextMate has rapidly become a standard of its own in the text editor market, and it has undoubtedly help OS X become the de facto platform for Rails development. Apple has even acknowledged this and are including Rails with Leopard. People from all platforms have seen TextMate and been captivated by it enough to the point that they lament the lack of its existence on their platform. This doesn't happen with many Mac-only apps, and from what I've read, Allan isn't particularly interested in developing non-OSX versions of the software, so the developers of copycat editors like E-TextEditor are not to blame.

Apple tends to be very good at releasing products that people are afraid of copying too well. Even before iTunes was released on Windows, there was nothing as elegant and as usable. There's nothing quite as good as iMovie, Pages, or Aperture in their respective niches either (although Adobe is trying on the last one). Apple is a fierce defender of its trademarks, and with TextMate under the Apple wing, it could become an even bigger driver for the OS X platform since copycat behavior could be restricted.

I am no fan of trademarks or patents being fiercely defended, nor a fan of Apple owning all of the apples in the cart (pun not originally intended), but from a totally objective point of view, I think it'd make sense for Apple, and if Allan were to turn down, say, a million dollars from Apple, he's a far more principled man than I!

I'm now off to put my flamesuit on..