Ruby isn’t known for its game development chops despite having a handful of interesting libraries suited to it. Java, on the other hand, has a thriving and popular game development scene flooded with powerful libraries, tutorials and forums. Can we drag some of Java’s thunder kicking and screaming over to the world of Ruby? Yep! – thanks to JRuby. Let’s run through the steps to build a simple ‘bat and ball’ game now. 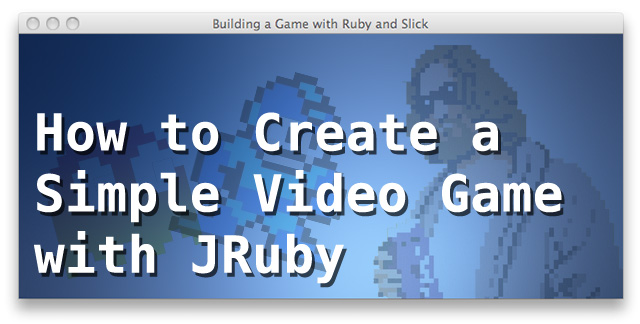 The Technologies We’ll Be Using

If you’re part of the “meh, JRuby” brigade, suspend your disbelief for a minute. JRuby is easy to install, easy to use, and isn’t going to trample all over your system or suck up all your memory. Read More 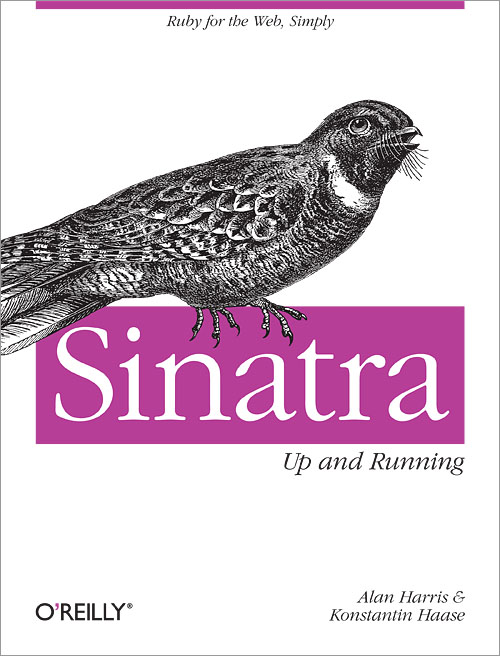 Sinatra Up and Running is a new book published by O’Reilly and written by Alan Harris and Konstantin Hasse that covers the popular Sinatra web application DSL in a brisk 103 pages, acting as a tutorial to newcomers and a handy reference for old hands.

An interesting quirk of Scandinavian society is the concept of Jante Law. It knocks down standing out and being individual, in favor of communal harmony. It’s typically used in a negative context to lament restrictions and lack of risk taking within Nordic society (DHH touched on this briefly in a recent Mixergy interview) but the flip side of the Jante coin is lagom: the idea and ideal of having just the right amount of something. Read More

Ludum Dare is an online accelerated game development event that focuses on regular 48 hour competitions. Think Rails Rumble but for games! It’s been around since 2002 but has had a big publicity boost recently due to the participation of Notch, the creator of the mind-bogglingly popular indie game Minecraft.

The next Ludum Dare contest is taking place this coming weekend between December 16-19, 2011 and I want to encourage Rubyists to take part. The competition tends to be dominated by Java, Flash, Microsoft XNA developers, and HTML5 developers, so it’d be great to see more Ruby entries (of which there have only been a couple so far). Read More

Ruby News and Releases in 2011: A Retrospective

This year, MagLev, Capybara, Cucumber, RefineryCMS, OmniAuth and TorqueBox all hit their 1.0 milestones, but I’ve dug through the archives to see what else 2011 brought for the Ruby scene.

Welcome to this week’s Web-based syndication of Ruby Weekly – it’s bumper sized this week. And a big congratulations to David Heinemeier Hansson, creator of Rails, as he got married recently!

Sinatra: Up and Running (New Book from O’Reilly)
A new book from O’Reilly, written by Alan Harris and Konstantin Hasse, that takes a look at the popular Sinatra Ruby webapp library. It’s available in e-book and print formats.

awesome_print 1.0 Released
OK, it’s already at 1.0.1, but Michael Dvorkin’s awesome ‘pretty printer’ for Ruby objects has reached its 1.0 milestone. This is definitely one of my favorite Ruby projects. Read More

It’s a couple of days late but here are the main headlines from the last week of Ruby news. We have a couple of Rails releases, some event news, and the usual gaggle of great articles and jobs.

Rails 3.1.3 Released (Very Quickly After 3.1.2)
This release mainly contains fixes for regressions that popped up in 3.1.2, including a downgrade to Sprockets. 3.1.2 itself was primarily a bug and security fix release and cleared up a XSS vulnerability in the translate helper.

Matz says ‘Autoload will be dead’ (in Ruby 3.0)
Matz says he should have removed ‘autoload’ from Ruby when he added threads to the language but he has now deprecated them. Read More

After last week’s bumper set of releases the Ruby world seems a lot quieter this week :-) (Even here. I’ve been hidden away teaching my Ruby Reloaded course!)

RSpec 2.8.0 RC1 Released
The next significant release of RSpec is afoot and its first release candidate is now out. Key improvements come to configuration (and being able to override it from the command line) and running examples in random (and pseudo-random) order.

The Ruby Standard Library To Be Converted to Gems for Ruby 2.0?

As part of the march toward Ruby 2.0, the state of Ruby’s ‘standard library’ has come up for discussion. A popular line of thinking (and IMHO, very likely to actually happen) is that the standard library should be ‘gemified’ for Ruby 2.0.

The rapid descent of the weather towards winter is getting people to stay in and code and long may it continue given the quality of this week’s releases: OmniAuth 1.0, MagLev 1.0, and Ruby 1.9.3, for starters!

Ruby 1.9.3-p0 Released
The first production-ready release of Ruby 1.9.3 is finally here with patchlevel 0′s release this week. I’ve already covered what’s new on Ruby Inside (see the link below) but this is a nice step forward for MRI and worth checking out, especially if you want faster Rails loading times.

MagLev 1.0.0 Released
It’s been a couple of years in the making but MagLev 1.0.0 has released. Read More

Screencast: Coding Conway’s Game of Life in Ruby the TDD Way with RSpec

Recently, there have been many screencasts of people coding things in real time. Yesterday, Ryan Bigg released a video of him implementing Conway’s Game of Life from scratch by reading through the ‘rules’ and then using RSpec to take a test driven approach to fleshing out the functionality.

Ryan is a Ruby Hero and technical writer best known for being co-author of the recently released Rails 3 in Action (along with Yehuda Katz) which I’ll be reviewing soon for Ruby Inside. But Ryan’s also been getting into doing a little screencasting:

If you can’t see the video above, view it directly on Vimeo here. Read More

This week brings us a new JRuby release, some Ruby 2.0 news (but you knew that already, right? ;-)) and a new BDD library that seems to have struck a chord with the people I’m following on Twitter. Also, my Ruby Reloaded course is now also over half booked out so if you’re curious, definitely check it out now.

Without further ado, here’s a round up of the top Ruby news and releases from the last week, courtesy of Ruby Weekly:

JRuby 1.6.5 Released: Rounding out Ruby 1.9 Support
The primary goal of JRuby’s 1.6.x series is to round out the Ruby 1.9 support by fixing any reported incompatibilities. Read More

Today, Yusuke Endoh posted to the ruby-core mailing list noting that matz has admitted him as a Ruby 2.0 “release manager” and as part of his work, he has come up with a tentative schedule for Ruby 2.0′s release. You can read the full post here.

The short version of the timeline?

A release in February 2013 would have historical significance by being the 20th anniversary of Ruby’s creation. Read More

Ruby 2.0 Implementation Work Begins: What is Ruby 2.0 and What’s New?

Yesterday, Matz made a commit to the MRI Ruby repository bumping the trunk version from 1.9.4 to 2.0.0, marking the start of the work of implementing the long-discussed ideas for Ruby 2.0.

Ruby 2.0 is the next major version release of MRI Ruby, the de facto official Ruby implementation.

Will Ruby 2.0 be a huge leap forward?

In Rubyists Already Use Monadic Patterns, Dave Fayram made a passing reference to using ||= to set a variable’s value if its value were ‘Nothing’ (false or nil in Ruby). The resulting Reddit quickly picked up on his definition (which was fixed later) and argued about ||=’s true meaning which isn’t as obvious as many Rubyists think. This spread to Freenode’s awesome #ruby-lang IRC channel where I picked it up.

Abstract (or the TLDR Version) 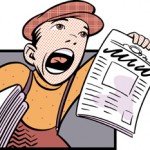 Back in 2008 and 2009, Ruby Inside had a long line of “Interesting Ruby Tidbits That Don’t Need Separate Posts” posts, aimed at sharing a collection of news and libraries in one hit. In the last year, I’ve shifted Ruby Inside to focusing on less frequent tutorials or investigative features and have been putting all of the news on Ruby Weekly, my weekly newsletter.

There are still many, though, who would prefer to read the news in their RSS readers or on the Web, so I’m going to be taking the things I find for Ruby Weekly each week, doing a little reformatting, and sharing them here on Ruby Inside too. Read More