The Ruby 1.9 Walkthrough: The Ultimate Ruby 1.9 Primer for 1.8 Developers

In a presentation about Ruby 1.9.3, Yuki Sonoda notes that Ruby 1.8 has “no future” and its “end of life” is being discussed pretty seriously. Ruby 1.8 is becoming history, but what’s the alternative? Why, Ruby 1.9! :-)

Even amongst the groups I’m involved with, I’ve seen a lot of resistance to Ruby 1.9. Sometimes it’s because of deployment or library concerns, but often there’s a hesitancy over what’s changed, what’s new, or what has been flat out removed from 1.9. So I’ve been working on something to help out.. because I think Ruby 1.9 is awesome and everyone should be taking it seriously ASAP. Read More

A MiniTest::Spec Tutorial: Elegant Spec-Style Testing That Comes With Ruby

Despite RSpec‘s awesomeness, Test::Unit remains the most popular Ruby testing tool out there outside of Rails apps. I’ve recently been code walking through a lot of Ruby libraries for my Ruby Reloaded course and the typical arrangement is Test::Unit, sometimes coupled with Shoulda or Contest for some extra syntactic sweetness.

Part of the reason for Test::Unit’s enduring popularity is its presence in the Ruby standard library but, also, its general ‘lightness’ and speed. When you’re writing a large app, using a powerful full-featured system like RSpec has significant benefits (particularly stakeholder involvement in writing the specs). But when you’re working on a library that might spread far and wide and is aimed solely at developers, the pros of Test::Unit shine through. Read More

It seems the Ruby and Rails job scenes are on fire! I don’t remember running so many jobs across a single month before. 22 Ruby and Rails jobs are here and they’re spanning the world. US West Coast, East Coast, England, Scotland and Germany are all represented. It’s definitely not the common “San Francisco or nothing” roundup :-)

Also fresh this time around is the mention of “all levels” or “junior” roles. At least a few of the jobs listed here today are open to all skill levels or are explicitly junior in nature. I’ve had a lot of readers get in touch requesting more listings like these so I’m glad they’ve come along. Read More

The established leader in the Ruby version management scene is RVM but rbenv is an interesting alternative if you want or need something significantly lighter with fewer features. Think of it as a bit like Sinatra and Rails. It’s not about which is the best, it’s about which is better for you and your current requirements.

What’s the deal with rbenv?

Compared to RVM, rbenv is light. For example, it doesn’t include any mechanism to install Ruby implementations like RVM does. Its sole job is to manage multiple Ruby “environments” and it allows you to quickly switch between Ruby implementations either on a local directory or default ‘system-wide’ basis. Read More

I sat down with Jim Remsik, the driving force behind the conference, to discuss what awaits attendees.

Zach Inglis (for Ruby Inside): Hi Jim. So why Madison?

Is there a large Ruby community in Madison?

What will surprise attendees the most about Madison Ruby?

Madison Ruby is during the weekend of August 19th-20th. Read More

Using Ripper to See How Ruby Is Parsing Your Code

In the past couple of months I’ve seen situations arise where developers aren’t entirely sure how Ruby has chosen to interpret their code. Luckily, Ruby 1.9 comes with a built-in library called Ripper that can help solve the problem (there’s a 1.8 version too, see later). Here, I give the 30 second rundown on what to do.

A Mystery To Solve

I’ve seen this confusion appear twice in the last month (the second time was what inspired me to write this post):

Despite thinking that we should be seeing Hash appear, we don’t. We get a blank line and NilClass in response. Read More

Official project sites should set the benchmark for standards relating to that project in terms of the best quality and most up to date news updates, documentation, download links, tutorials, and so forth. On this front, Ruby’s official site at ruby-lang.org is doing a bad job (in the English language variant, at least).

The site’s footer says it’s “proudly maintained by members of the Ruby community” and links to the homepage of the rather anonymous Ruby Visual Identity Team who redesigned it 5 years ago. Read More

Careful Cutting To Get Faster RSpec Runs with Rails

A few months ago, Ruby Inside wrote about using Spork with RSpec 2 and Rails 3 in order to get a more sprightly spec run. Unfortunately, using the techniques in the article with our fledgling codebase’s test suite left us with somewhat disappointing results, so I decided to dig deeper and see if I could do better.

Note: This is a guest post by Jon Frisby of Cloudability. See the post footer for more info.

With and Without Spork

First, let’s see what things look like with and without Spork running on our raw test suite.

Pick up the tarfile of the release at http://ftp.ruby-lang.org/pub/ruby/1.9/ruby-1.9.3-preview1.tar.gz if you fancy a crawl about. If you want to check it out with RVM, instructions follow. 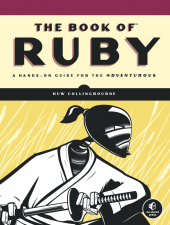 I don’t like being negative on Ruby Inside without good reason. Trivia like DHH’s test library preferences can provide a fun talking point but pointing out specific flaws in someone’s work is rarely insightful.

I wasn’t going to publish a review of this book but when I discussed the issues with people on IRC, Twitter and e-mail (to find second opinions), I was pressed to push on, primarily to serve as a warning to newcomers who may pick up this book. So, let’s tread carefully..

The Book of Ruby is a new Ruby book published by No Starch (who, as a publisher, I love – The Linux Programming Interface is one of the best books I’ve ever read) and written by Huw Collingbourne. Read More

Patchlevel 290 is the first production-level patchlevel release of MRI since patchlevel 180 back in February so it’s worth upgrading if you’re on 1.9.2. The release post duly notes:

So what changed? And how can you upgrade? Read More

The Ruby and Rails job scene continues to grow through 2011 and we’ve got *drumroll* 13 (lucky for some) jobs to share from the Ruby Jobs board from companies like Simon & Schuster, AlphaSights and CustomInk. They’re all across the US with a couple in the UK for good measure.

To promote a job, see the Post A Job page. A bonus is your ad gets into the 6463 subscriber Ruby Weekly for free and our 5837-follower-strong @rubyinside Twitter account.

Braintree, a popular payment gateway provider and long-term user of Rails, is looking for an exceptional Rails developer. Read More

Amazon has unveiled an official Ruby SDK for AWS! Amazon.com’s Amazon Web Services has been a rip-roaring success since its first publicly-available service, S3 (Simple Storage Storage), was released in 2006. It has since expanded to about 20 services in all, the most popular being S3 and the “elastic compute cloud” EC2.

There have previously been unofficial Ruby libraries for interfacing with Amazon’s many services, including PoolParty, right_aws, and Marcel Molina’s awesome aws-s3, and Amazon even released some bits and pieces of Ruby code before, but the new aws-sdk gem represents a stronger effort to have a single, official cohesive library for Rubyists using AWS. Read More